A report on electricity prices released today by the Australian Energy Regulator confirms that electricity bills were lower when the Greens/Labor carbon price was in effect than they are now under the Liberals, said Greens energy spokesperson, Adam Bandt.

“Electricity bills were lower under the Greens/Labor carbon price than they are now under the Liberals, and back then we were also cutting climate pollution,” said Mr Bandt.

“The regulator has belled the cat.

“It takes a particular kind of genius to deliver both higher pollution and higher electricity bills, but the Liberals have managed to stuff everything up.

“To cut both pollution and power bills, we should bring back the carbon price and build more renewable energy.”

The September 2019 ‘Affordability in retail energy markets’, released today by the Australian Energy Regulator, contains the following Figure 1 on page 6, with the data supporting the report revealing the electricity price index has risen by 2.6% since the carbon price was at its peak in 2014: 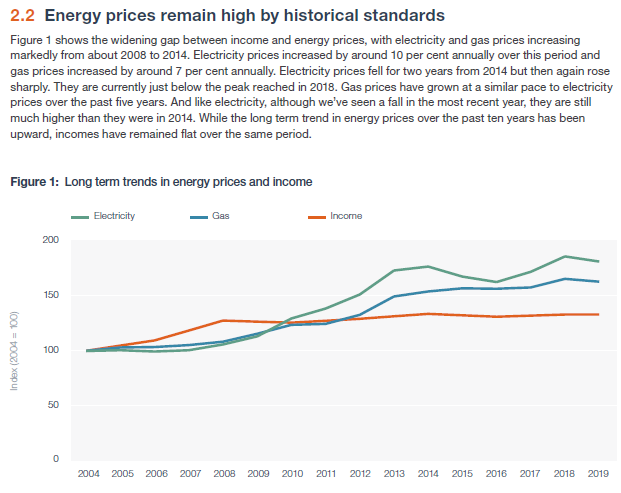