Rally For Refugees: 5 years too many 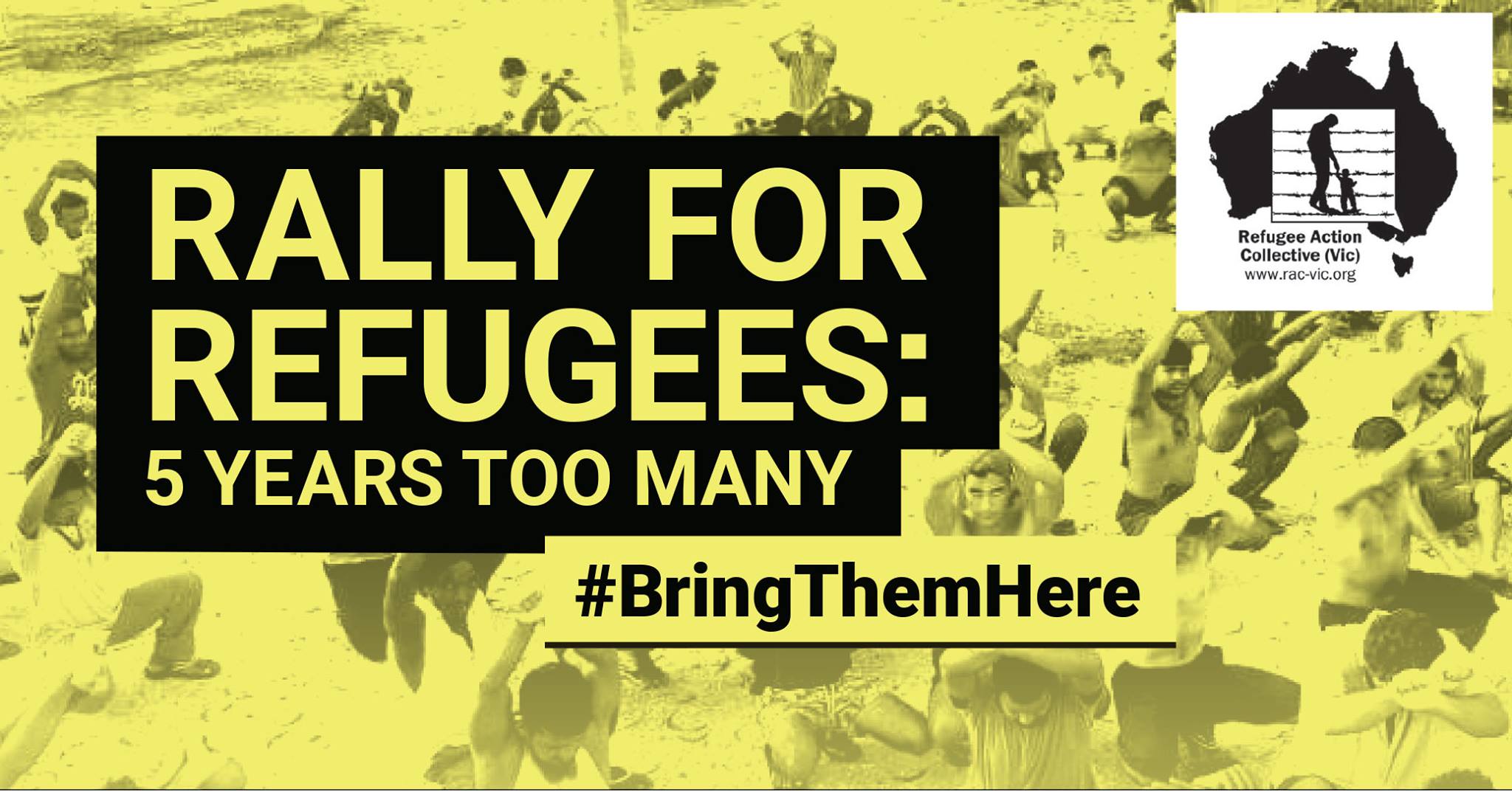 On the 19th of July 2013, then-Prime Minister Kevin Rudd announced that all asylum seekers who arrived in Australia by boat would not be resettled here. This July marks five years too many for the refugees and asylum seekers on Manus and Nauru.

It's time to end it. The Greens and social movements will be fighting to end offshore detention and ramp up the pressure on Labor and the Coalition to end this bipartisan racist cruelty.

Join the Greens at this important rally to say 5 years of offshore detention is 5 years too long.

A Greens contingent will gather at the corner of Swanston and La Trobe Streets from 1:50pm.