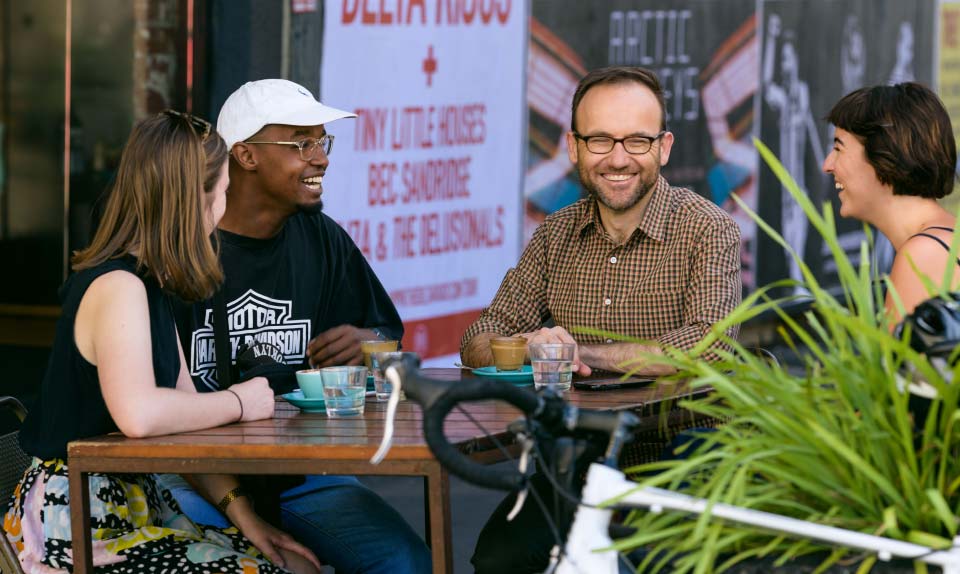 Adam Bandt is the Federal Member for Melbourne and Leader of the Australian Greens. Adam lives with his wife Claudia, daughters Wren and Elke and their dog Max in inner-city Melbourne. Adam is the Greens spokesperson for the Climate Emergency and Energy, Employment & Industrial Relations, Public Sector and Foreign Affairs.

Adam has served as Deputy Leader under Christine Milne and Richard Di Natale. For a number of years Adam has been the Greens spokesperson on the climate crisis, energy, employment & industrial relations and science, research and innovation. He has previously been the Greens Treasury spokesperson.

In his maiden speech to Parliament, Adam warned of the coming climate emergency. Adam was a key participant in the Gillard minority government’s Multi-Party Climate Change Committee which developed the climate price and established the successful Clean Energy Finance Corporation and the Australian Renewable Energy Agency. It was only because of Adam’s election and the signed agreement with Julia Gillard that the carbon price was introduced, the only time carbon pollution has decreased in Australia.

Before entering Parliament, Adam worked for many years as a public interest and industrial lawyer protecting workers from privatisation and big business. Adam represented some of Australia’s lowest paid workers, working with the current President of the ACTU Michelle O'Neill on legal action against corporate giant Nike to make them responsible for the wages and conditions of workers in their supply chain. Adam also worked to protect the rights of coal workers in the Latrobe Valley after their power stations were privatised. One of Adam’s first acts in Parliament was to introduce a private members bill extending protection for firefighters who contract cancer through their work, which passed into law with unanimous support, becoming one of only 7 private members bills to become law in the past two decades.