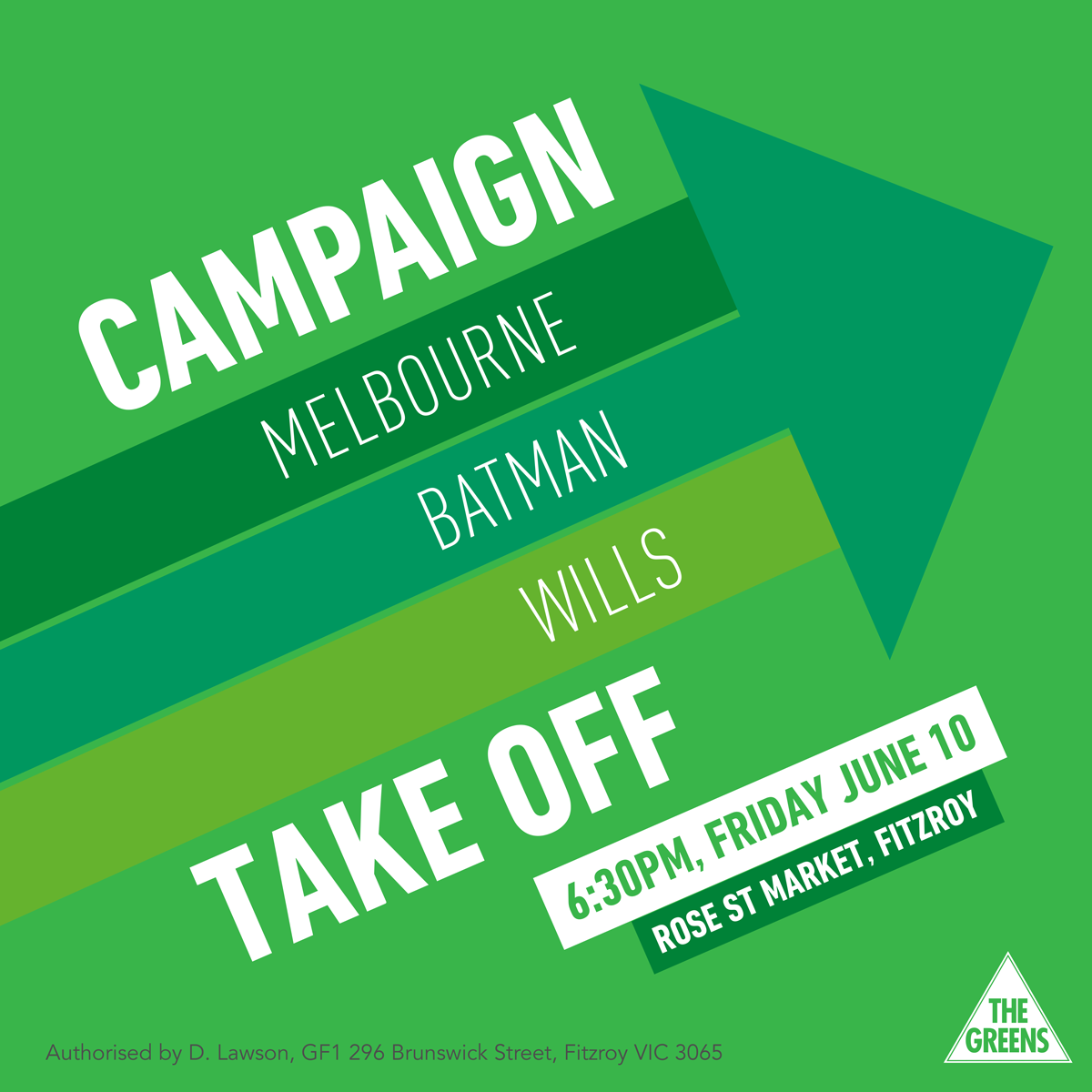 You'll hear from Adam, Samantha and Alex - the team from northern Melbourne that could herald a new era for the Greens as we challenge for multiple seats in the House of Representatives.

The polls are tightening. The chance of a hung parliament is growing everyday. If we can win here again in Melbourne and put just two more Greens in the House of Representatives, we could not only help determine the next government, but we could set the political agenda for the next decade.

In 2010 Adam and the Greens were in shared balance of power and managed to achieve $13 billion for clean energy and put kids' dental into Medicare.

This time if we can seize the middle of Parliament we can make even greater changes.

This election is our big chance. We have a once in a generation opportunity to remake our country. Come and help us make it happen.
WHEN
June 10, 2016 at 6pm - 8pm
WHERE
Rose St Market