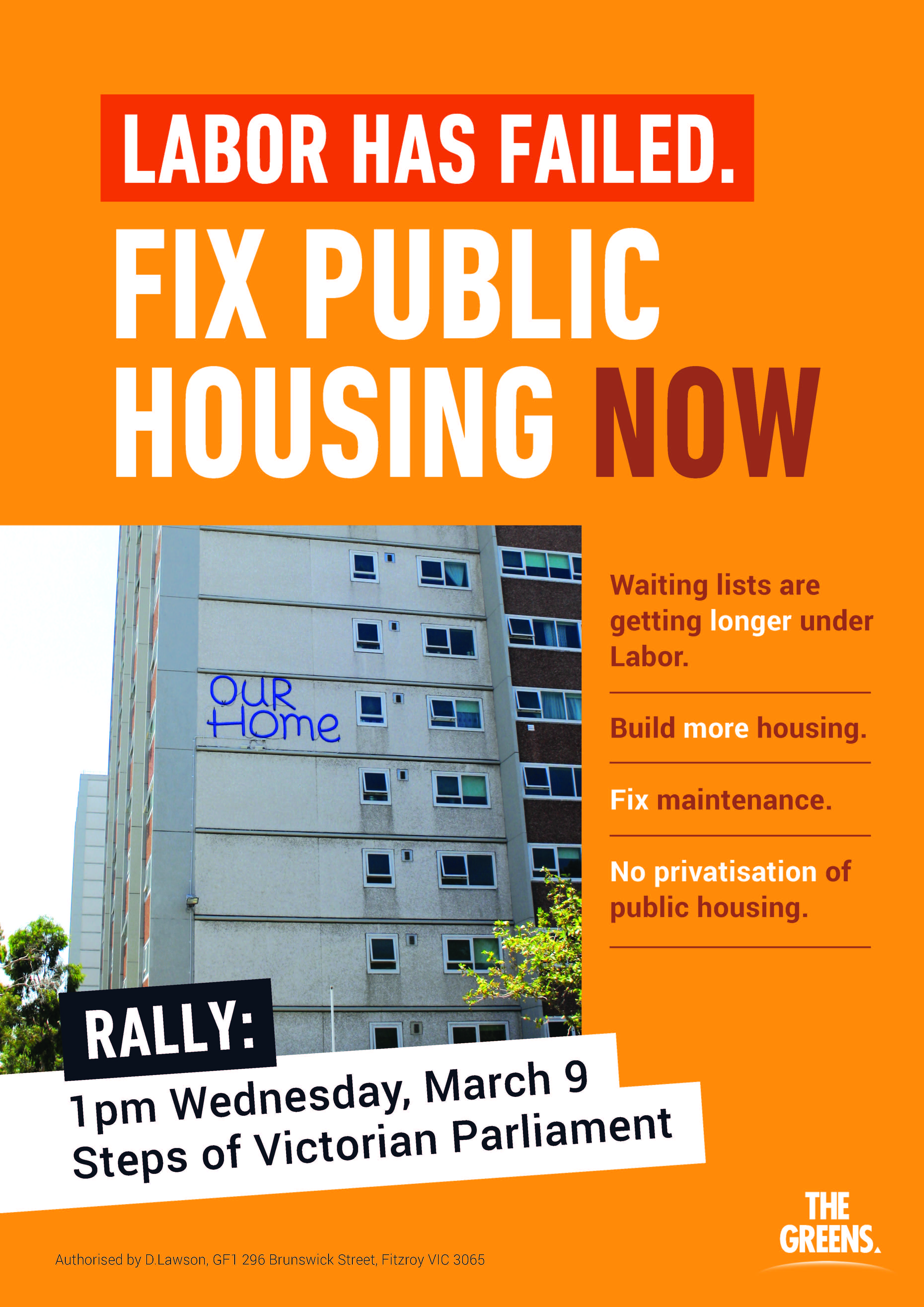 Victoria’s public housing is in crisis.

Too many Melburnians are facing years-long waiting lists for public housing.

We expected the Liberals to be bad landlords – but after a year of inaction from Victorian Labor, people now face a longer wait for urgent housing than they did under the Liberals.

Instead of backing the Liberals’ plan to sell off public housing, Labor must build more housing and fix maintenance.

We need to put the pressure on before this year's budget. Join Adam, Ellen and the community at 1pm, Wednesday March 9 at the steps of the Victorian Parliament to say it's time for action.