Instead of investing in projects like the East-West Tollway, we need to build Doncaster Rail and extend our tram network to allow east west travel across Melbourne by public transport.

“We need a rail line to the Airport. The State Government has identified a route and we need to get on with it.”

“The Greens will make Melbourne the bike capital of Australia. We will fast-track Bicycle Network Victoria’s priority projects and get to work on landmark developments like the North Bank viaduct along the Yarra in the CBD.”

“We will shift the balance on national funding from roads to rail.”

"I'm a transport campaigner with decades of experience. I've watched generations of governments fail to deliver, so I want to walk into parliament in Canberra with a fully-costed plan in my hands that can be implemented right away," said Greens Senate Candidate Janet Rice.

"Trucks and diesel are a big health problem in the western suburbs but the tollway will do nothing to help. The community is calling for the Westgate Ramps Truck Bypass, but only the Greens are listening.

"The car park at South Morang is full before peak hour, so if we build the Mernda extension, it will be action stations the day it opens, freeing up congestion on the roads," said Ms Rice.

In addition to the $3 billion already earmarked for Metro Rail, the Greens have identified and additional $1.4125 billion in Federal funding for Melbourne’s transport, plus an additional $240 million nationally for cycleways including $55 million for Victoria.

The projects that would be funded include: 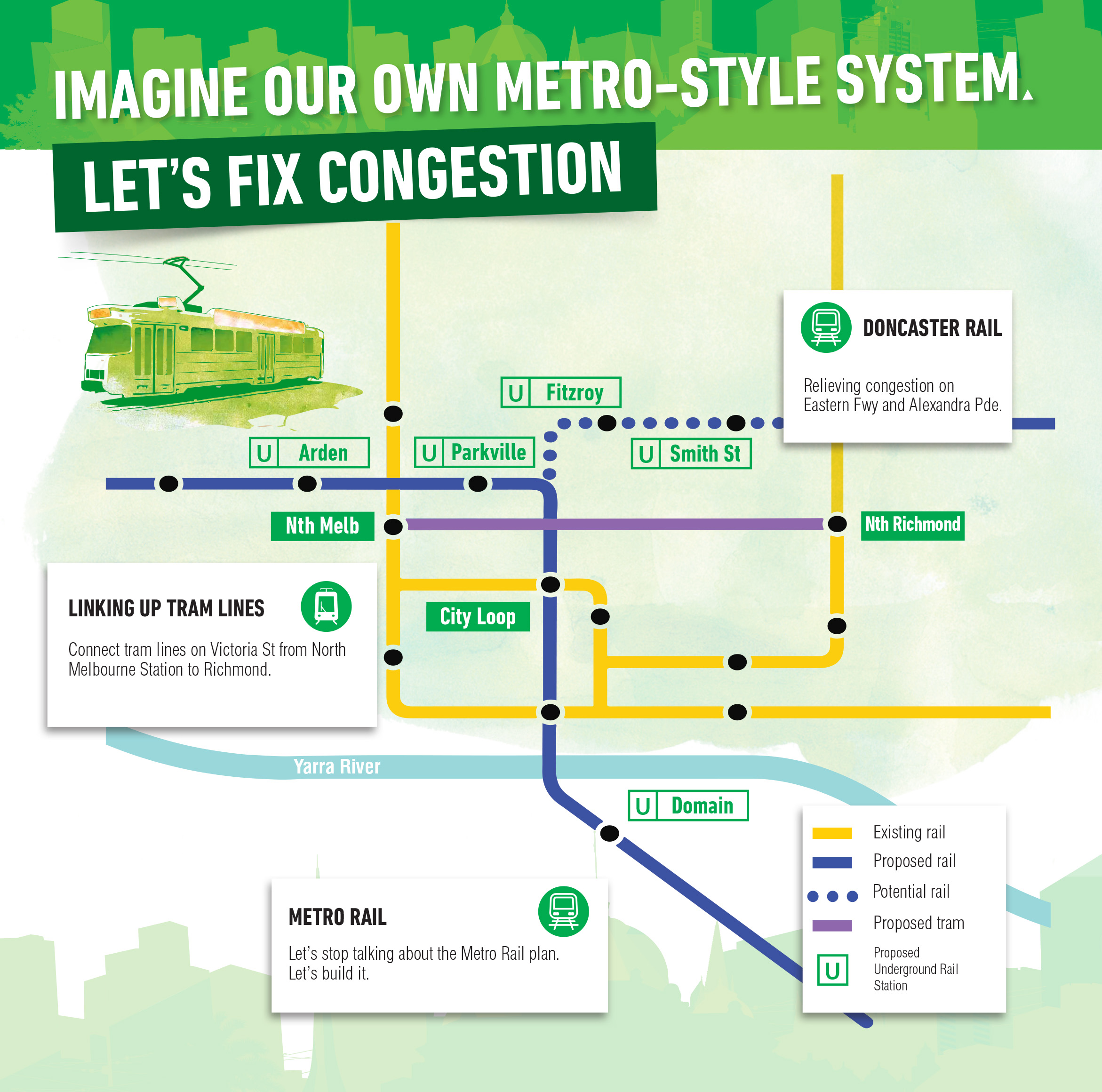 WHAT I'M FIGHTING FOR

NO MORE COAL AND GAS

No more coal and gas

GUARANTEED, DECENT JOBS FOR ALL

Guaranteed, decent jobs for all

On Saturday July 4 the Victorian Labor government announced that nine public housing towers in North Melbourne and Flemington would be placed under a “hard lockdown” preventing residents from leaving their home for at least five days.  The Greens have supported and will continue to support governments taking a ‘health-first’...

A people-led response to COVID-19

A people-led response to COVID-19  If the Coronavirus has shown us one thing, it’s that we’re all in this together – and we will get through this together.

Adam Bandt MP, Member for Melbourne, has been elected as the Australian Greens Parliamentary Leader. Adam used his first media conference as leader to call for a government-led Green New Deal to tackle the climate emergency and the jobs and inequality crises. Adam also made a strong pitch to young...

Australian Greens Leader Adam Bandt has outlined his vision for universal childcare as part of the Green New Deal recently unveiled after the change in leadership. Mr Bandt said his goal is for universally accessible and free childcare and detailed a policy that would be the first big steps to...