Australia is facing a climate emergency. This Summer was the hottest record.

Labor and the Coalition are stuck under the thumb of mining company donors and are doing nothing to end our reliance on coal.

The old parties have both committed to exporting coal and using it to power our electricity grid beyond 2030.

Only Adam and the Greens have a plan to quit coal by 2030.

The burning of coal is the biggest cause of global warming. Australia is the biggest coal exporter in the world and the second biggest exporter of thermal coal that is burnt in power stations to generate electricity.

The world’s scientists have said that the burning of coal must end by the middle of the century at the latest and that by 2030 at least two-thirds of the world’s power stations must close.

If we are to have any chance of halting and reversing global warming, most of Australia’s coal must stay in the ground.

The time has come for Australia to accept that the time of coal is over. Australia is moving to renewables and so is the rest of the world. There is no future in coal exports. 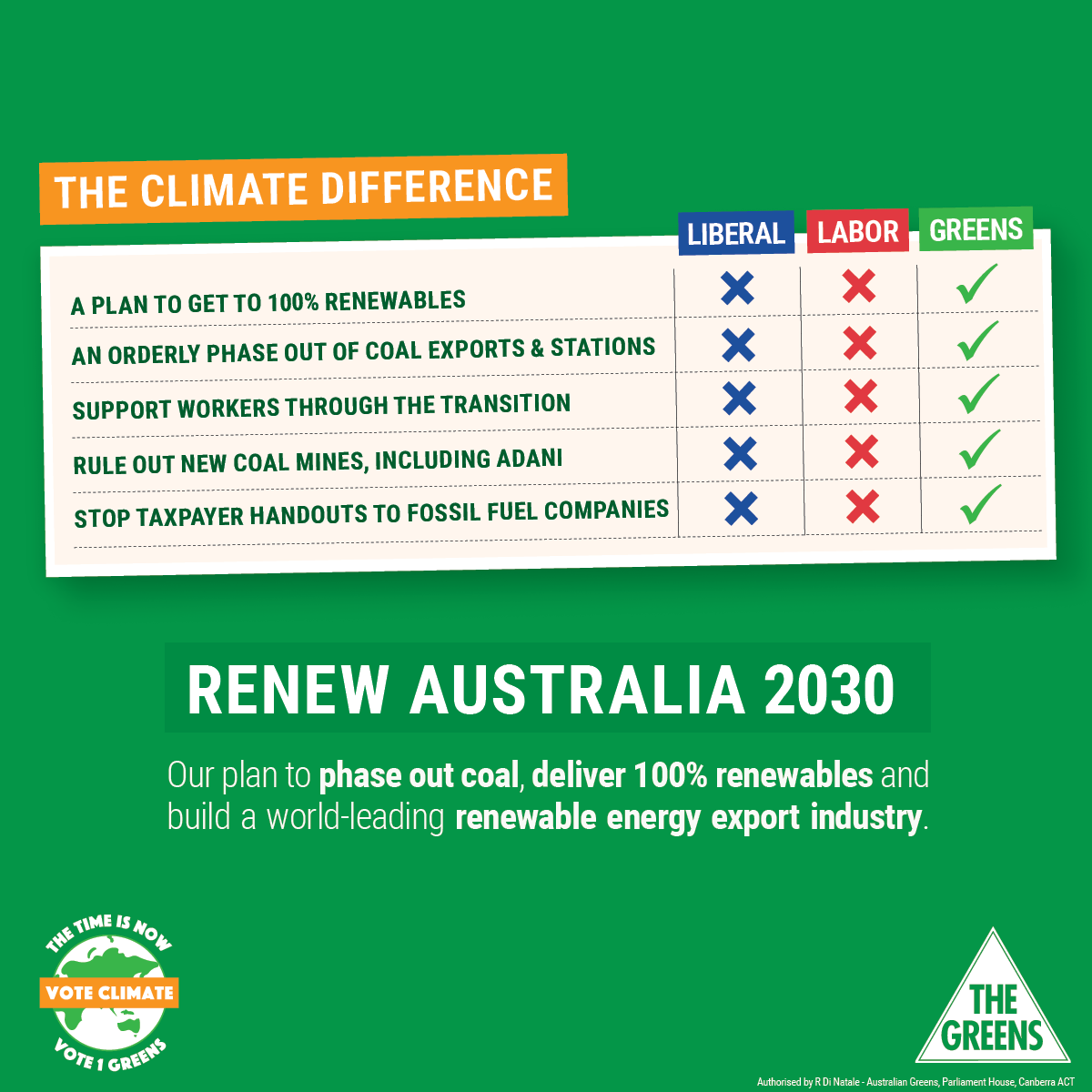 To reflect the urgency and reality of a constrained carbon world, The Greens have an election policy to phase out and eventually criminalise the burning and export of Australian thermal coal by 2030.

Adam has a plan to make it illegal under Commonwealth law to export thermal coal by January 1, 2030 with the exception of narrow exemptions for research and heritage purposes. Between now and 2030, quotas will be imposed on the export of coal so that the amount of coal exported reduces to zero by 2030.

The policy builds on the existing Greens policy of no new coal mines which would prevent, for example, the proposed giant Adani mine.

Before 2030 the auctioning of export permits by the Clean Energy Regulator will fund a Clean Energy Transition Fund to support the social and economic transition in coal communities in NSW and QLD.